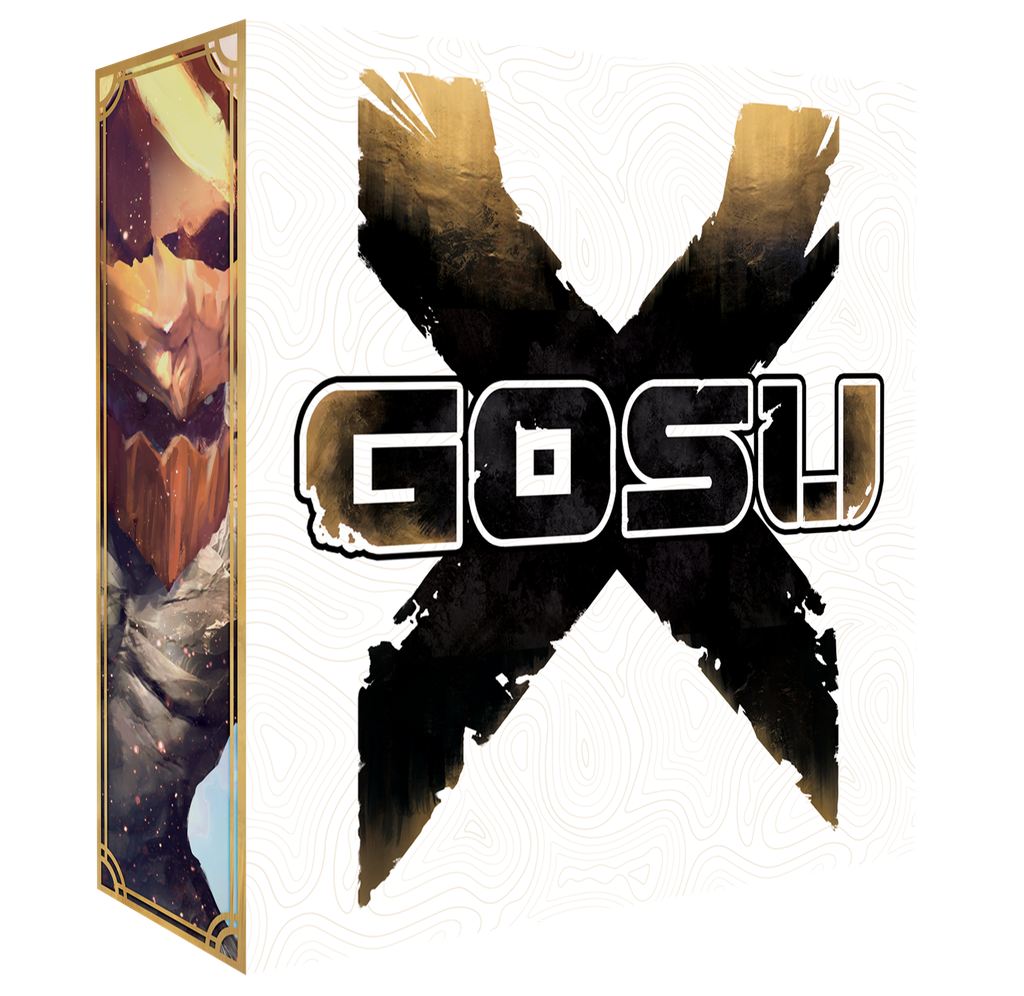 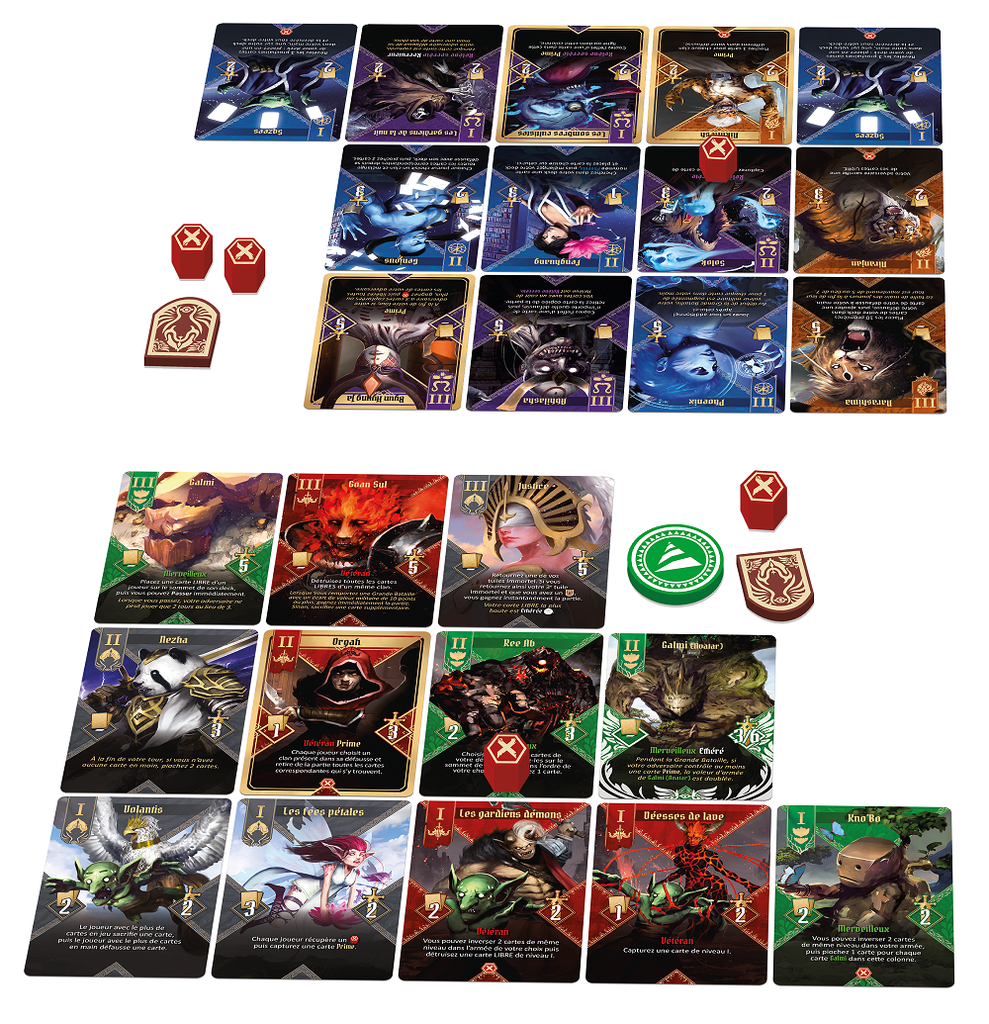 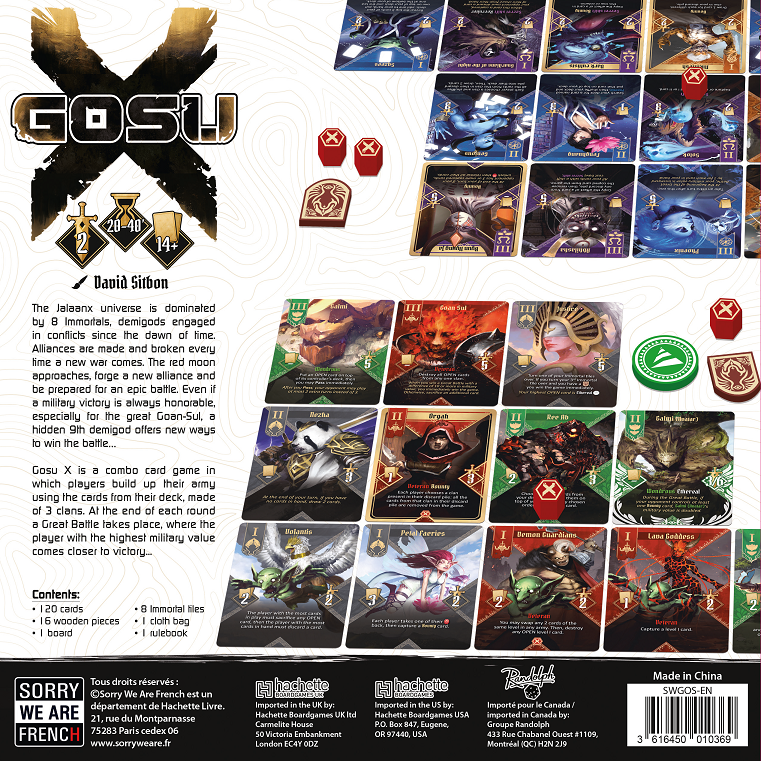 The Jalaanx universe is dominated by 8 Immortals, demigods engaged in conflicts since the dawn of time. Alliances are made and broken every time a new war comes. The red moon approaches, forge a new alliance and be prepared for an epic battle. Even if a military victory is always honorable, especially for the great Goan-Sul, a hidden 9th demigod offers new ways to win the battle...

Gosu X is a combo card game in which players build up their army using the cards from their deck, made of 3 clans. At the end of each round, a Great Battle takes place, where the player with the highest military value comes closer to victory.

- TWO PLAYERS ONLY: Inspired by the games Gosu and Gosu 2: Tactics, Gosu X is a new version adapted to suit two players only, with the same tense strategy.

- MULTIPLE WAYS TO WIN: Gosu X offers you different win conditions, depending on your preffered way to play. War, diplomacy, or schemes, choose your path to victory!

- UNIQUE CLAN POWERS: Out of the 8 clans, each player chooses 3 to combine into their deck. The remaining 2 clans change the rules for the rest of the game.

- LUXURY COMPONENTS: The dozens of unique illustrations on the cards adds to the drama of the game, while the screenprinted components, velvet insert, and thick tiles create a luxury gaming experience.