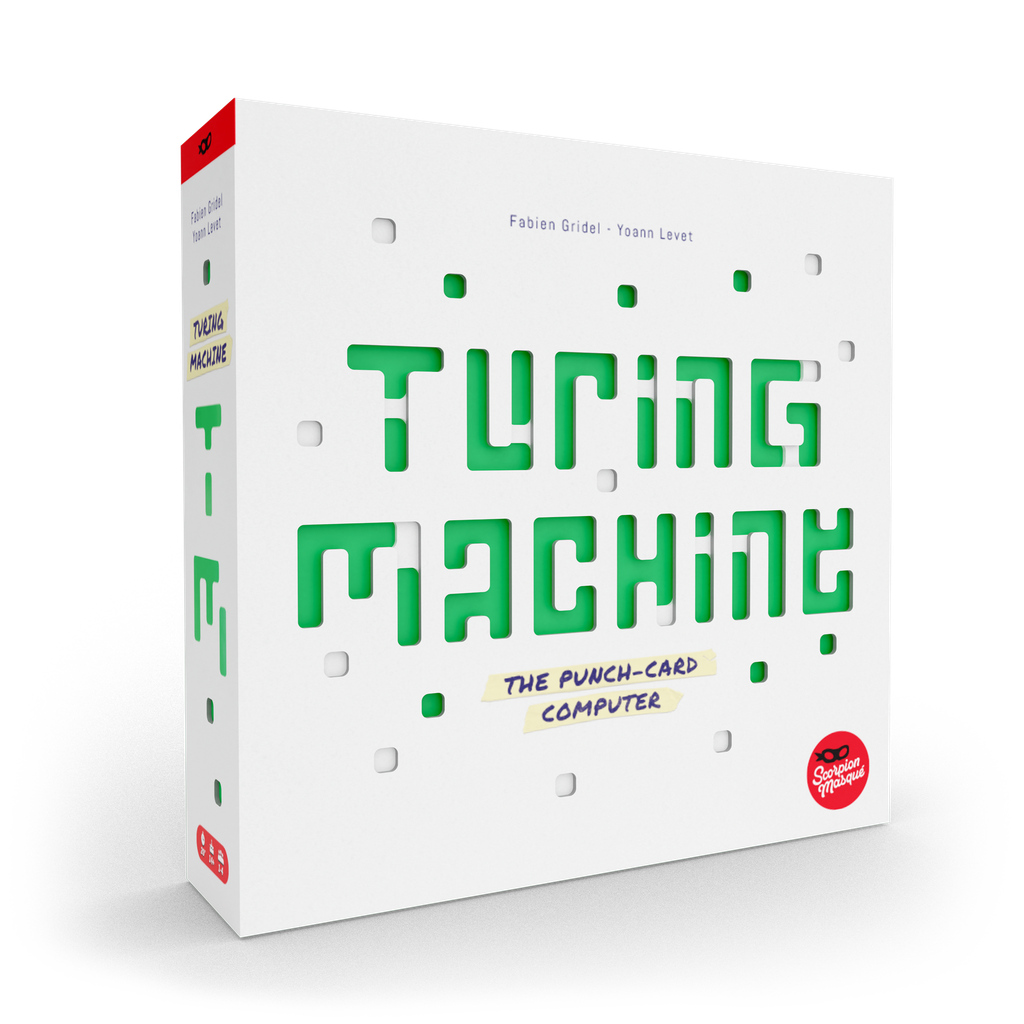 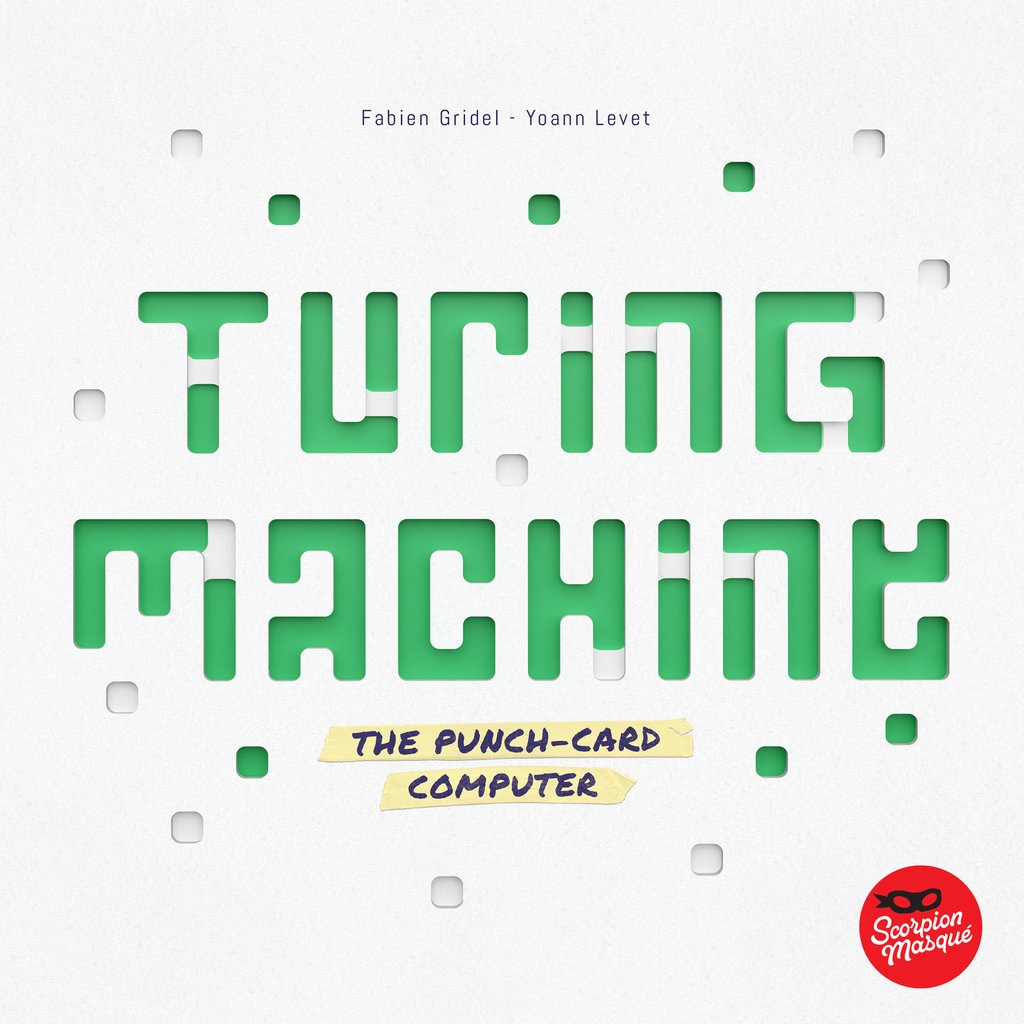 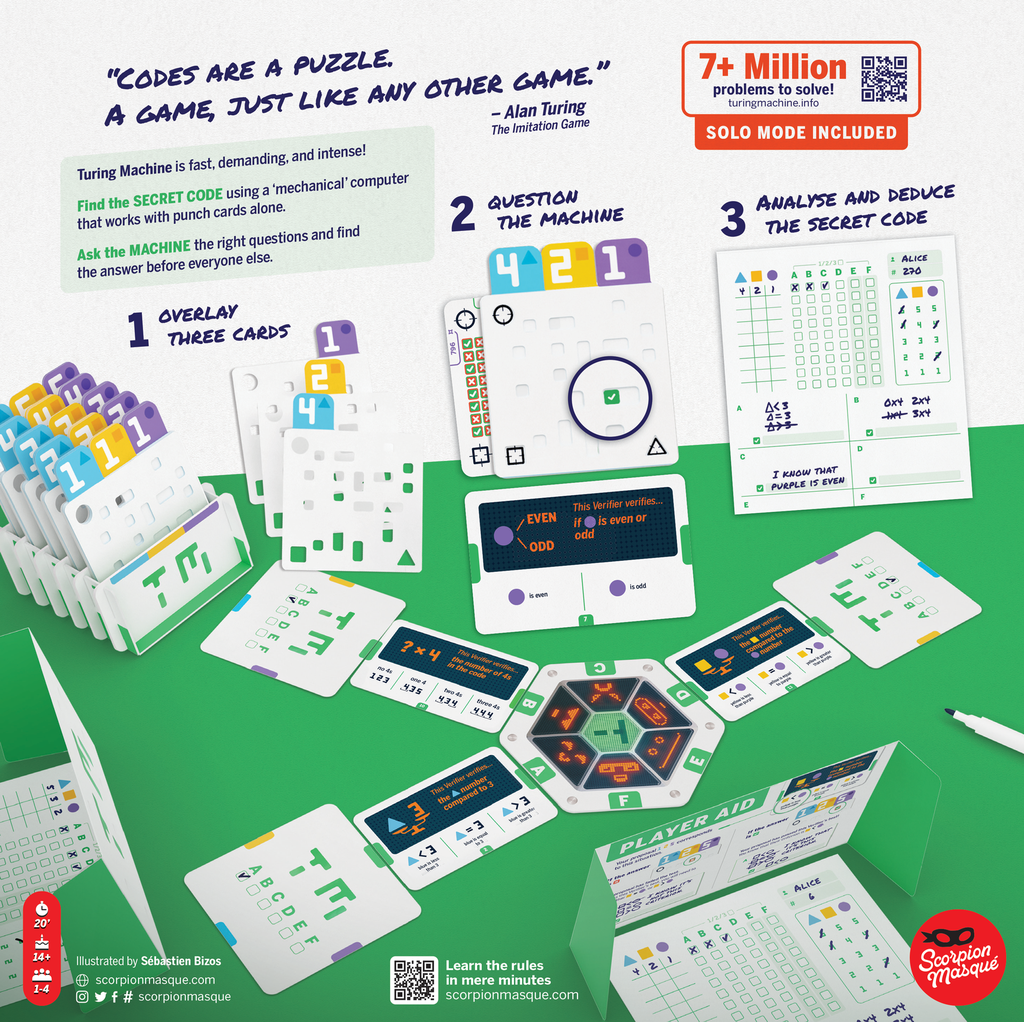 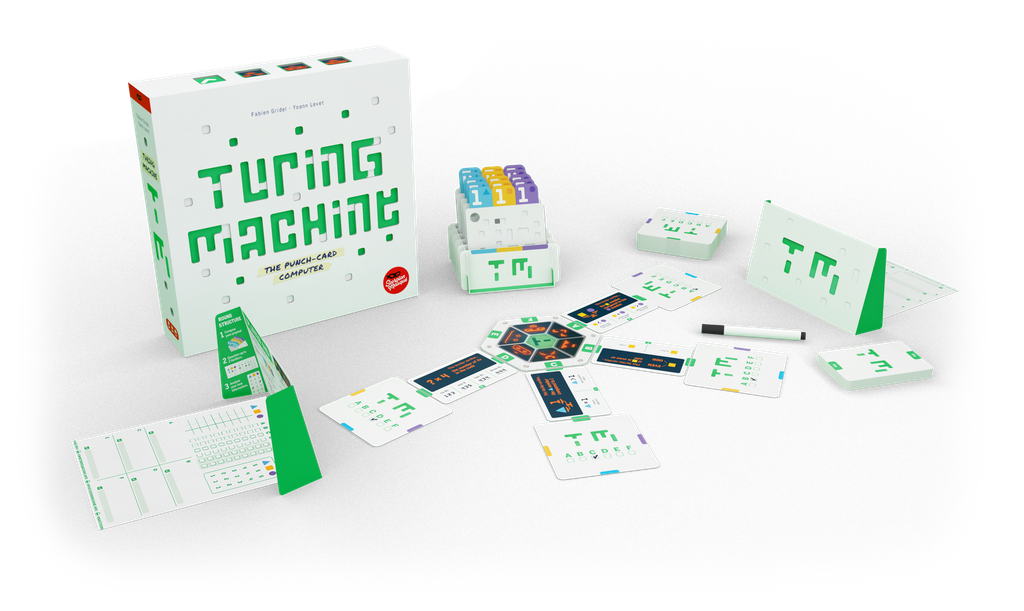 On Backorder! Estimated Availability in March 2023.

Turing Machine is a fascinating and competitive deduction game. It offers a unique experience of questioning a proto-computer that works without electricity or any sort of technology, paving the way for a new generation of deduction games.

The Goal? Find the secret code before the other players, by cleverly questioning the machine. With Turing Machine, you’ll use an analog computer with unique components made of never-before-seen perforated cards.

- TEST YOUR HYPOTHESIS: Create a 3 digit code by stacking punch cards, then ask the analog artificial intelligence computers - each with a different logic puzzle - to check your answer.

- DEDUCE THE SECRET CODE: Each logic question will bring you closer to the secret code, either through the process of elimination or relations between numbers.

- PLAY AS A TEAM OR SOLO: Including the original competitive mode, you can combine your brain power as a team or try to beat the game itself while playing solo.

- NOVEL COMPONENTS: Overlay punchcards to test your secret code against the artificial intelligence computers, reminiscent of computers from the 1970s.